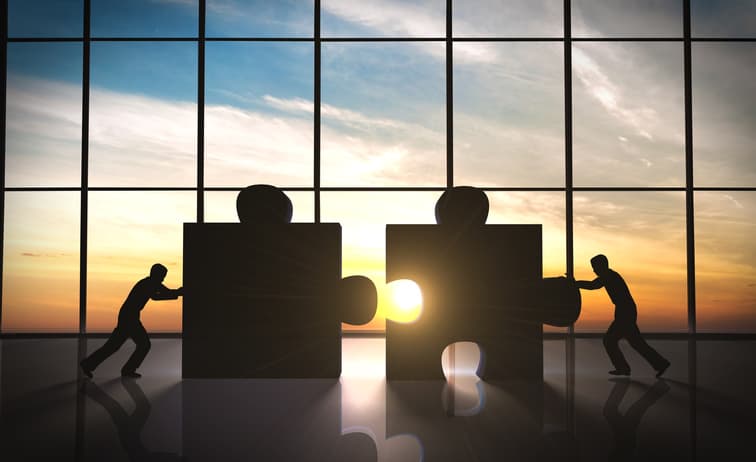 During the first nine months of the year, total corporate funding for the global solar sector totaled $6.7 billion, which is slightly lower than the $7.1 billion raised during the same period in 2017, according to a new funding and mergers and acquisitions (M&A) report from Mercom Capital Group LLC. 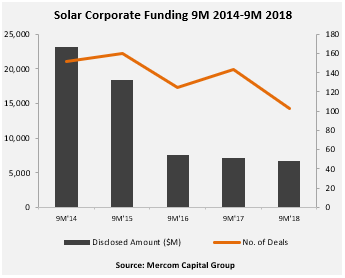 “Decline in solar demand around the globe has had a strong effect on corporate financing activity in solar, especially with most solar company stocks in negative territory at the end of the third quarter. M&A activity, on the other hand, has remained robust, especially project acquisitions,” says Raj Prabhu, CEO of Mercom Capital Group.

Global venture capital funding (venture capital, private equity and corporate venture capital) for the solar sector in 9M 2018 totaled $889 million, representing a 10% decrease compared to the $985 million raised in 9M 2017, according to the report. 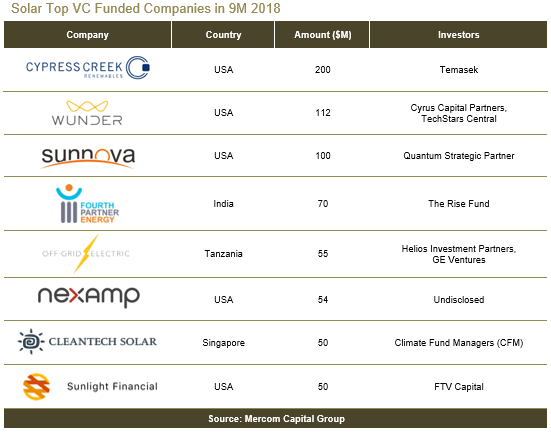 Announced residential and commercial solar funds totaled $1 billion in 9M 2018, compared to the $2.2 billion raised during the same period of 2017, the report says.

The first nine months of 2018 saw a total of 64 solar M&A transactions, compared to the 59 transactions seen in 9M 2017. Of the 18 total transactions in Q3 2018, nine involved solar downstream companies, six involved balance-of-system companies, two were with service providers and one was with a module manufacturer, the report points out. 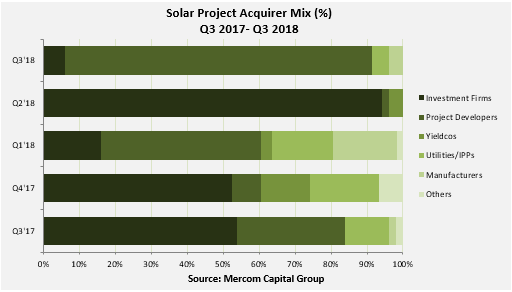 More on Mercom’s report can be found here.