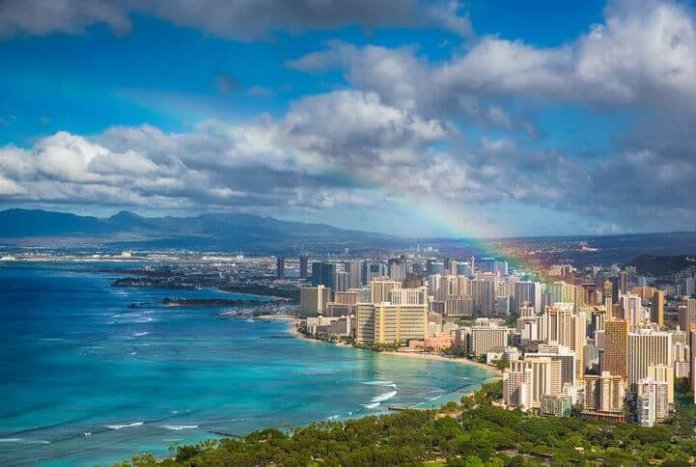 The negotiations are expected to produce long-term contracts for approximately 260 MW of solar energy on Oahu, Maui and Hawaii islands. Each solar project will be connected to a storage system that will capture up to four hours of electricity that can further reduce fossil fuel use in the evening or other times when the sun isn’t shining, the utility explains.

“These large-scale solar and battery projects will accelerate our renewable energy drive at some of the lowest prices we’ve seen to date,” notes Shelee Kimura, Hawaiian Electric’s senior vice president of business development and strategic planning. “With support from our communities, these projects will reduce our reliance on fossil fuel and cut greenhouse-gas emissions while benefiting all with low-cost renewable energy.”

These projects, if approved by the Public Utilities Commission (PUC), will help displace 1.2 million barrels of fossil fuel per year, according to the utility.

The seven projects are the result of a procurement effort the companies began in February to expand their renewable energy portfolios. Working with the PUC, the companies increased their original procurement scope for Hawaii Island from 20 MW to 60 MW, expedited project selection and increased the total number of projects anticipated in this phase of the procurement across all three islands.

The seven projects include as follows:

The companies have made community outreach a formal part of the procurement process and require those who seek to build a project to engage early on with residents in the communities where the projects will be sited.

Developers will begin community outreach activities in the coming weeks. Community members will have the opportunity to comment on the proposed projects, and Hawaiian Electric will file the comments with the PUC as part of the regulatory approval process.