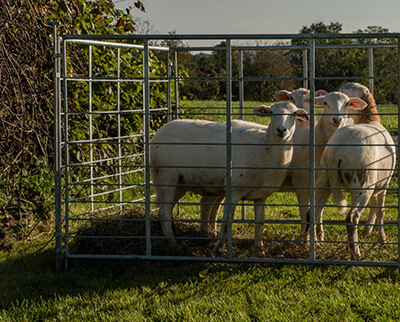 Susquehanna University in Selinsgrove, Pa., has flipped the switch on its 3.9 MW solar array, supplying 30% of the university’s electricity needs.

Built by WGL Energy Systems, the project is employing sheep to help maintain the surrounding grass and weeds. A flock of approximately 30 sheep will come from local Owens Farm in Sunbury starting in April 2019.

At an event to unveil the solar system, Susquehanna President Jonathan D. Green called the sheep “the most environmentally responsible lawn-mowing team of any college or university.” The sheep were also on hand for Wednesday’s event.

WGL owns and operates the facility under a 25-year power purchase agreement, and Susquehanna purchases the power from WGL. SGC Power served as co-developer on the project and provided design and construction services.

“In nine years, we have gone from the Sierra Club’s list of ‘Schools Who Burn Coal’ to the Sierra Club’s list of ‘Cool Schools,'” said Michael Coyne, vice president of finance and administration and co-chief operating officer at Susquehanna. “It hasn’t been easy … but as the warnings about climate change have reached a new level of alarm, all that work has proven worth the effort. To shed some light – pun intended – this solar field isn’t our final destination; it’s a milestone along the way to the university being a carbon-neutral campus.”