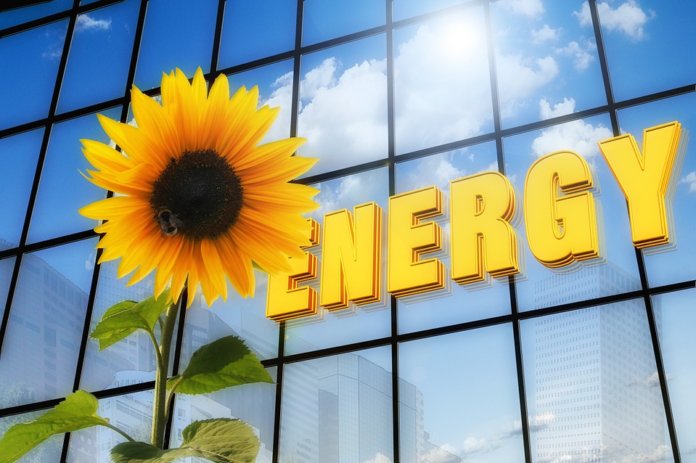 Renewable energy sources – biomass, geothermal, hydropower, solar and wind – accounted for over 18% of net domestic electrical generation during the first two-thirds of 2018, according to a SUN DAY Campaign analysis of new data from the U.S. Energy Information Administration (EIA).

In addition, the latest issue of EIA’s “Electric Power Monthly” (with data through Aug. 31) reveals that solar and wind both showed strong growth: Compared to the first eight months of 2017, utility-scale solar was up 30.8%, and wind grew by 16.0%, says the nonprofit SUN DAY Campaign.

Combined, in the first eight months of the year, wind and solar accounted for 9.0% of the nation’s electrical generation (wind at 6.6% and solar at 2.4%) and almost half (49.5%) of the total from all renewable energy sources.

Modest increases were also reported by EIA for geothermal and biomass – 5.2% and 1.8%, respectively. Taken together, non-hydro renewables, including distributed solar, grew by 15.9%. However, a 5.3% drop in hydropower output netted an increase of only 6.3% in electrical generation by all renewables in the first two-thirds of 2018 compared to the same period in 2017.

That modest gain, though, continued to close the gap between renewables and coal, with the latter dropping by 5.8%, according to the data. Coal now provides 27.0% of the nation’s electrical generation compared to 30.0% a year ago. A decade earlier, coal’s share of U.S. electrical generation was over 48.0%, the analysis says.

The 4.7% increase in domestic electrical generation from all sources (including natural gas, which was up 14.4%, and nuclear power, which was up 3.2%) limited renewables to increasing their share of the total to 18.2%, up from 17.9% a year earlier, according to the data. However, the gradual return of hydropower output to historic levels following a sharp drop in early 2018, coupled with continued strong growth rates for solar and wind, suggests that renewables’ share of the nation’s electrical generation will expand further during the balance of this year, predicts SUN DAY.