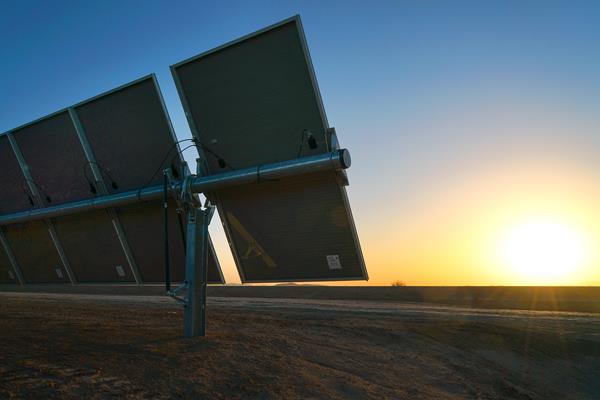 Series 6 CuRe’s degradation rate is up to 60% lower than conventional crystalline silicon (c-Si) products and ensures that the module will retain at least 92% of its original performance at the end of its 30-year warranty.

First Solar says the near-zero degradation rate – combined with the modules’ temperature coefficient, spectral response and shading behavior – advances the Series 6 CuRe platform’s competitiveness in all markets. The enhanced performance is enabled by First Solar’s semiconductor-level innovation and its copper replacement (CuRe) program. CuRe, developed by the company’s scientists at its Silicon Valley and Ohio research and development (R&D) centers, is a proprietary semiconductor platform that replaces copper with atoms of Group V elements that enhance performance, delivering long-term stability.

“We invested in our understanding of copper’s dynamics in order to turn what had been a cause of degradation into an opportunity to virtually eliminate it,” says Markus Gloeckler, CTO at First Solar. “Armed with this knowledge, we researched a range of alternatives and found that Group V elements could effectively replace copper, acting as a stable dopant and furthering our goal of zero degradation. CuRe is the deployment-ready result of that research.”

First Solar’s cadmium telluride (CadTel) semiconductor technology, the result of over $1.4 billion in cumulative investment, already has a proven track record in module degradation. Its early-generation modules, pre-dating most of the world’s largest c-Si manufacturers, were installed at the National Renewable Energy Laboratory’s (NREL) Outdoor Test Facility in Colorado and recently completed 25-years of continuous monitoring. The long-term study revealed a degradation rate of just 0.48% a year.

Series 6 CuRe builds on the success of First Solar’s Series 6 technology, the world’s only large-format thin-film module. Unlike c-Si panels that can experience disproportionate power loss under shaded conditions, First Solar says its Series 6 modules feature a superior shading response with a linear relationship to the shaded area that minimizes shading loss. Series 6 CuRe technology is also immune to many issues that the company believes continue to plague c-Si panels, including cell-cracking due to mishandling during installation or extreme weather events – such as high winds or hailstorms.