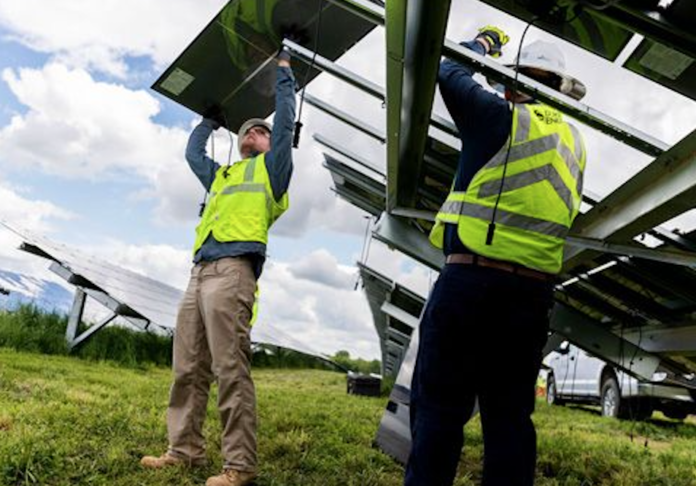 The project will be owned and operated by Duke Energy Sustainable Solutions, a new commercial brand that includes Duke Energy Renewables. The project was selected as part of the competitive bidding process established by 2017 solar legislation. The power plant will contain about 77,000 Jinko bifacial modules with single-axis tracking. The plant will be located on 185 acres in Midland, N.C., and is targeting commercial operation by the end of the year.

“Duke Energy is making a push to expand renewable energy, reduce carbon emissions and achieve a net-zero carbon goal for 2050,” says Stephen De May, president of Duke Energy North Carolina. “An expansion of solar power will be a key element of that effort.”

Under North Carolina’s Competitive Procurement for Renewable Energy, proposed projects must be built where there is a need for energy capacity on the Duke Energy system in North Carolina or South Carolina. The bids can come from any company, including Duke Energy, and can be in the form of power purchase agreements (PPA), utility self-developed facilities or utility asset acquisitions.

During peak construction, Speedway Solar will employ about 70 workers. Along with indirect economic benefits that accompany solar project development – such as increased local spending in the service and construction industries – Duke Energy says the project will also have a positive economic impact on the local community by providing local tax revenues to the county and local school districts, as well as meaningful payments to the participating landowners.

The facility’s design, procurement of inverters, balance of plant systems and construction of the project will be performed by Swinerton. The solar power generated by Speedway Solar will be delivered through a 20-year PPA.