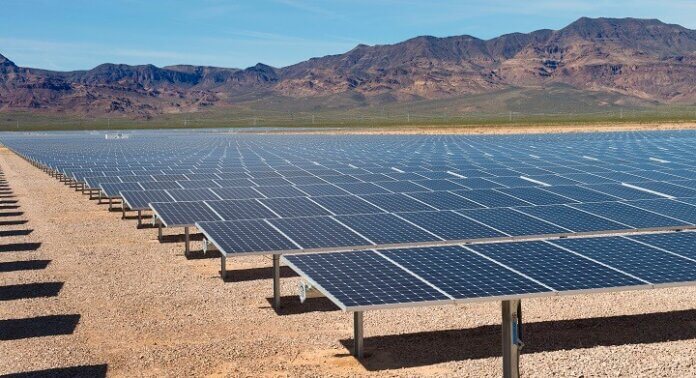 NV Energy, a public utility that generates, transmits and distributes electric service in northern and southern Nevada, has made its triennial Integrated Resource Plan (IRP) filing with the Public Utilities Commission of Nevada (PUCN) that lays out a strategy to advance Nevada’s sustainability goals while maintaining safe and reliable service during extreme temperatures and ensuring stable rates for customers.

“NV Energy’s updated IRP demonstrates a commitment to helping Nevada achieve its goal of net-zero carbon emissions by 2050 and builds upon the environmental, economic and reliability benefits that Greenlink Nevada, our new transmission initiative, will bring to our state and our customers,” says Doug Cannon, president and CEO of NV Energy. “This plan outlines several innovative ways we are ensuring safe and reliable service in a changing climate and meeting the growing and evolving energy needs of our customers.”

NV Energy will add two new solar+storage projects, which total 600 MW of energy and 480 MW of storage. These projects are being proposed in order to replace the coal-fired North Valmy Generation Station, located in Winnemucca, Nev., by 2025. They will create several hundred construction jobs, with the bulk to be performed by the International Brotherhood of Electric Workers (IBEW) through a labor agreement with project developer Primergy Solar and will provide 16 permanent positions.

The two new projects are:

Additionally, NV Energy says it is also building three grid-tied battery energy storage systems in northern Nevada. These systems will provide 66 MW of energy storage capacity that can be dispatched during times of highest customer demand.

The IRP filing also includes new energy efficiency and demand response options for NV Energy’s residential customers. Offered under the PowerShift by NV Energy brand, these services will further help customers decrease their energy use and reduce the amount of energy the company must deliver, especially during times of peak energy use. These additional PowerShift offerings include incentives for new residential construction and the installation of energy-saving products in homes, along with enhanced electric vehicle charging and storage measures.

NV Energy anticipates a decision on its IRP filing by year-end.