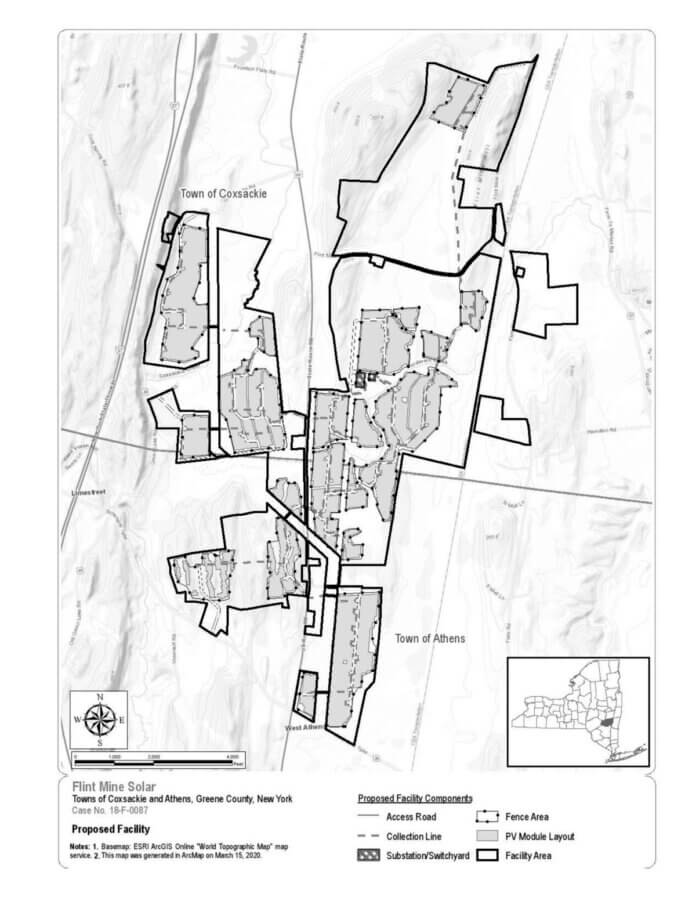 The New York State Board on Electric Generation Siting and the Environment has granted approval to Flint Mine Solar, LLC to build and operate a 100 MW solar farm in the towns of Coxsackie and Athens in Greene County.

The facility will be located on approximately 1,638 acres of privately leased or purchased land. The solar panels will be connected to the electric grid via infrastructure owned by National Grid. The developer estimated construction of the solar farm, expected to take approximately 18 months.

Flint Mine’s formal application to the Siting Board was deemed compliant on August 12, 2020. The 33 parties to the proceeding included several state agencies, the municipalities, citizen groups and labor groups.

By way of both direct and indirect benefits, prior to construction, the developer will purchase as much as 90 percent of the land needed for the project directly from current landowners, resulting in a direct infusion of almost $15 million into the local economy. The developer will purchase and conserve the 62.5-acre Flint Mine Hill parcel and create a nearly 300-acre grassland conservation area.