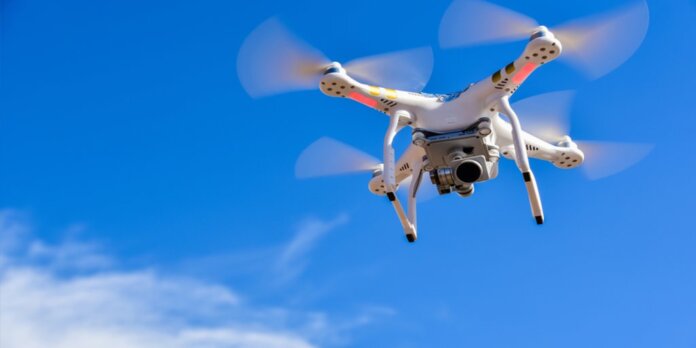 More money than ever is being invested in renewables – a record $174 billion in the first half of 2021 – and investment in solar projects is up 9%, at an all-time high of $78.9 billion, according to Bloomberg’s Renewable Energy Investment Tracker.

With greater investment comes greater scrutiny and the push for maximum returns.

Over the past several years, solar project financiers have become increasingly sophisticated, having learned lessons the hard way about investments from poorly engineered and maintained solar energy systems. As a result, a trend is emerging: financiers are actively seeking more effective methods to ensure that the systems in which they have invested are meeting projections on generation and returning optimal revenue.

As they’ve become more experienced and educated, many are turning to eyes in the sky – drones and manned aircraft – for annual health inspections.

Annual health inspections are systematic, aerial imaging of solar assets to efficiently collect actionable data. The data analytics from these aerial scans enable financiers and operators to quickly identify system defects, understand which failures are costing them the most in terms of lost generation and revenue, and then take action to remediate those failures.

Just as important, these annual health inspections create a bank of data that shows system performance year over year. The year-over-year data and analytics can be compared to generation and revenue projections laid out in the financing terms.

Understanding how a system actually performs through an annual health inspection matters. According to a 2021 report by kWh Analytics, 1 in 8 solar assets chronically underperform – and underperform their target production estimates by 6.3%.

In our experience with annual health inspections of solar assets, we have found that solar arrays experience an average production loss of 1.6% due to offline or damaged components. Losing 1.6% of production over 20 years on a large 100 MW+ power plant equates to literally millions of dollars in lost revenue.

Investors are becoming increasingly educated about the financial impacts of system faults and anomalies. As a result, they are building more sophisticated contract terms on monitoring and maintenance – and adding specific requirements for year-over-year analytics on system defects, performance and recovery. Failure to meet those projections is built into the financial terms. The question of how that information is collected and acted upon is an important contractual issue.

Some operators have their field technicians use their own drones to inspect solar energy systems. Drones are excellent tools for a field technician working to pinpoint and fix a single problem.

But with the trend for annual health inspections, it doesn’t make financial sense to dispatch field technicians with drones to conduct full annual solar health inspections. Not only does it take the technician offline, but the thermal data they collect can be inconsistent because it can take hours or even days to inspect an entire system with a drone.

Manned aircraft can collect up to a half a gigawatt of aerial imaging for a utility-scale solar energy system in hours, providing consistent thermal data that is economical and actionable for the party that bears the cost of performing these health checks. And unlike drones, manned aircraft can carry complete processing capabilities along with higher fidelity and more accurate sensors, enabling rapid identification of defects and categorizing them based on both power and economic impacts.

Better and earlier detection of faulty elements within a solar farm helps prevent major output deficiencies. The faster a maintenance team detects possible defects – and prioritizes which are resulting in highest loss – the quicker they can respond and prevent major system failures.

The result from an air-based examination of any solar field is an almost real-time window into how that field is performing. This high-resolution data provides immediate and actionable insights – a nearly impossible task with traditional inspection methods – and allows financiers and operators to make informed and timely decisions.

Aerial imaging, which includes thermal and RGB data, can detect any number of reasons modules can fail, including unavoidable elements like thermal cycling, damp heat, humidity freeze and UV exposure. These issues affect productivity of individual panels, reducing up-time and the number of panels working at full capacity.

When analyzing thermal maps, it is easier to identify potential problems by detecting heat anomalies across cells, panels, strings or even inverters. Combining thermal and RGB data helps determine if heat anomalies are caused by faults found physically on the panel (such as delamination, cracks or dust) or caused by external issues, such as faulty combiner boxes or cable harnesses.

And because aerial images provide the precise location of system faults and issues, the efficiency of ground crews are significantly improved, routing teams directly to problem areas. While that may seem like a minor point, bear in mind these large utility-scale power plants are thousands of acres, containing millions of solar panels.

The aerial approach is much more than just a visual tool. For financiers, the real magic happens after images are digitized and analyzed. These images are digitally compared to a large database of imagery, and it is at this point that specific defects can be pinpointed, hot spots identified and failures located across the array. Run through a financial model, defects can then be prioritized by potential lost revenue. After all, not all defects are the same.

The key is sorting and prioritizing defects based on their relative financial impact. Without this, every defect becomes a priority – and explaining this to financiers is important for effective operations management.

The cost of the improvement needs to be weighed against the productivity gains. It makes little sense to roll a truck for a panel that only generates $0.04/day. Quick identification of system defaults and the ability to prioritize a major fault that results in thousands of dollars in lost generation versus pennies allows investors to partner with operators to make successful replacement claims with panel manufacturers.

While these aerial inspections could be viewed as incremental operating expenses, they shouldn’t be. Rather, they should be considered as revenue recovery opportunities that enable investors, project developers and owners to increase profitability.

As the Biden administration continues to provide incentives for clean energy, expect more solar investment and, with it, more drone/aerial inspections. In the end, inspections and maintenance that are effectively conducted translate into protecting the interests of investors.

Mark Culpepper is general manager, global solar solutions, for DroneBase, a company specializing in aerial imaging and data analytics for the development and maintenance of renewable energy assets. DroneBase has more than 37 GW of aerial and data analytics in renewable energy globally. While at SunEdison, Culpepper created the solar industry’s first global monitoring operations centers designed to track power, energy and revenue on solar power plants around the world.